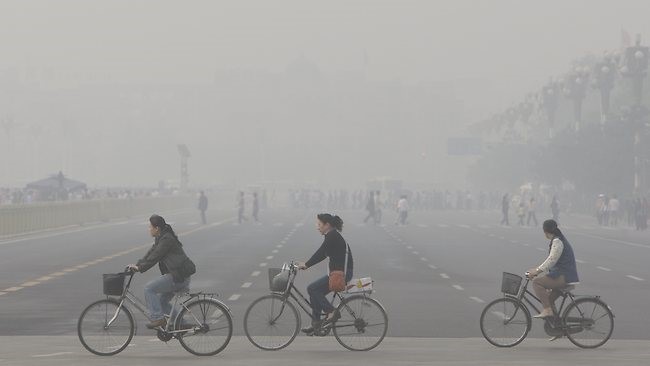 The PMR will provide support to China to develop a nation-wide emissions trading (ETS) system. The target launch date is between 2018 and 2020. Specifically, PMR suport wil be used to develop the following core ETS components:

To support the development of the national ETS, two studies are planned:

1. Role of State-owned Enterprises (SOE) in the National ETS: Recognizing the influence of China's SOEs on economic growth and their significant contribution to carbon emissions (reining in emissions from SOEs is critical to achieving the national mitigation target), China aims to include SOEs in the national ETS. This study will explore the unique characteristics of SOEs relative to other modern enterprises, identify challenges to inclusion of SOEs in the 7 pilot ETS, and propose steps for inclusion of SOEs in the national ETS. Specifically, the study will report on the following:

2. Participation of the Power Sector in the National ETS: Like China's SOEs, the power sector is also an important contributor to carbon emissions. This study will identify a pathway toward inclusion of the sector in the national ETS, including determining the following:

China’s climate change strategy is integrated into its social and economic development planning, a point underscored in the June 2015 publication of its Intended Nationally Determined Contribution (INDC) to the UNFCC.

"Looking into the future, China has defined as its strategic goals to complete the construction of a moderately prosperous society in an all-round way by 2020 and to create a prosperous, strong, democratic, culturally developed and harmonious modern socialist country by the middle of this century. It has identified transforming the economic development pattern, constructing ecological civilization and holding to a green, low-carbon and recycled development path as its policy orientation." (INDC of China, pg. 2. Unofficial English translation)

Action on climate change mitigation will be an important catalyst for the restructuring of key aspects of the Chinese economy, including the power sector. China’s annual GHG emissions in 2008 were estimated as 7,031 million tonnes, while per capita CO2 emissions from fossil fuel combustion in China were 5.13 tons in 2009, equivalent to 52% of the average level in OECD countries. China has pledged to reduce its CO2 emissions per unit of GDP by 40–45% by 2020, compared with 2005 levels and has also pledged to increase non-fossil-based primary energy consumption to 15% by 2020.

The National Development and Reform Commission (NDRC) is responsible for climate change policy design and implementation, with division of responsibilities among relevant ministries based on sectors and provincial bodies. Policies have been designed based on China’s National Climate Change Program and the 12th Five Year Plan. The 2009 Resolution of the Standing Committee of the National People’s Congress to develop responses to climate change requires the alignment of climate change related laws with the government’s working plan.

China has adopted emissions trading as one tool to achieve its mitigation target. The Chinese government is piloting emissions trading in five provinces and two cities, accounting for 18% of China’s population and 28% of its national GDP. All seven pilots were launched between 2013 and 2014. They include: Beijing, Tianjin, Shanghai, Chongqing, Hubei, Guangdong, and Shenzhen.

A nation-wide ETS is expected to be launched in a phased-approach between 2018 and 2020. Offset credits will be allowed within China's ETS.

Since 2005 China has developed a large number of CDM projects, and the country ranks the highest in terms of the number of registered projects and estimated average annual reductions.

In 2012, the NDRC issued the Interim Measures for the Management of Voluntary GHG Emission Reduction Transactions. These measures include guidelines for the issuance of domestically-produced offsets known as China Certified Emission Reduction (CCER). CCERs are accepted by all seven ETS pilots in China as offset credits, and are the only type of offset credits accepted by the ETS pilots. The NDRC is the national authority governing offsets and handles all applications for offsets submitted by enterprises supervised by the central government. Other enterprises submit applications to the provincial DRC.

A voluntary emission trading market has been active since 2008. In 2009, “Panda Standard” (a voluntary carbon standard) was issued. China’ s voluntary emission reduction scheme is largely based on the CDM framework. Key differences, designed to reduce transaction costs, include the following: